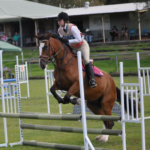 Career Achievements
I’ve been riding for fun most of my life but have only been competing since 2009 thanks to Chris Ledger who has provided me with horses and an endless wealth of knowledge. I began competing in dressage and showing with Willy – Wu and together we have brought home many led and ridden championship ribbons. We also qualified for and competed in Zone Teams Challenges for dressage and the PCAQ State Championships for dressage, eventing and combined training. Unfortunately in 2012, Will was injured and I began competing Efex who we knew was a talented showjumper thanks to my partner. Before starting with Efex in the later part of 2012, I was only comfortable competing up to 80cm in height and now have progressed to competitively competing around 1.05m, aiming for the Foxhunter Finals at the end of 2013 and PCAQ State Showjumping Championships at Beaudesert in April 2013. Stay Sweet and Toy Soldier began their competition careers quietly in 2012 at local jump club days and shows with the view for them to begin “officially” competing in 2013. Some of my highlights to date include:
Willy – Wu, Grand Champion Heavy Horse Kilcoy Show 2011, 2012
Willy – Wu, Champion Heavy Horse Under Saddle Kilcoy Show 2011, 2012
Willy – Wu, Best Present Horse and Handler of Kilcoy Show 2012
Willy – Wu, Grand Champion Draught Horse Caboolture Show 2011
Willy – Wu, Pony Club State Championships Combined Training 7th
Willy – Wu, Pony Club State Championships ODE 10th
Efex Samford Pony Club D Grade Champion 2012
Efex, Zone Teams Showjumping Challenge, team event, 6th AM5, 10th Scurry, 8th overall Efex Grand Weekend 2013, clear 1.05m

Goals
In 2013 I plan to continue showing my horses in the Draught/Heavy Horse classes at Agricultural Shows in order to promote the versatility of the Clydesdale crossbred horses. Together Willy-Wu and I will continue our dressage and showjumping. Efex and I have qualified for and will be competing in the PCAQ State Showjumping Championships at Beaudesert in April, and are aiming to compete in Mitavite Foxhunter series, as well as D Grades and height classes up to 1.20m at the Agricultural Shows. Stay Sweet and Toy Soldier will continue their training in dressage and showjumping to hopefully be Foxhunter ready by late 2013.
In the future, I hope to have a team of competitive showjumpers to allow me to travel around Queensland, NSW and Victoria following the show runs.

Dr Show
I take pride in myself and my horses’ appearance, always looking our best when out anywhere whether it is a lesson, a local day or a major competition. Dr Show provides what I need to have my horses looking their best and I believe it is with their help that I have won so many Championships and Best Presented awards. I would like to thank Jenny and Neil Harris for their wonderful support and look forward to our journey together. 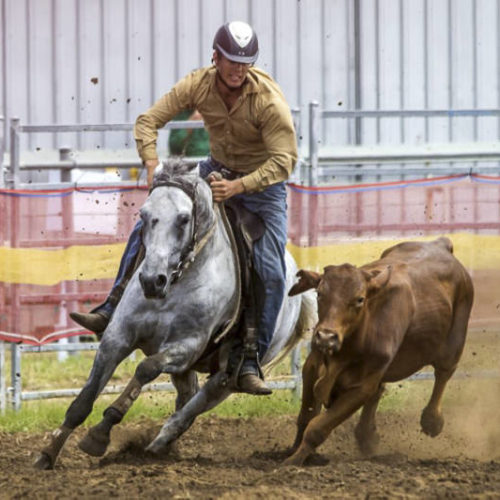 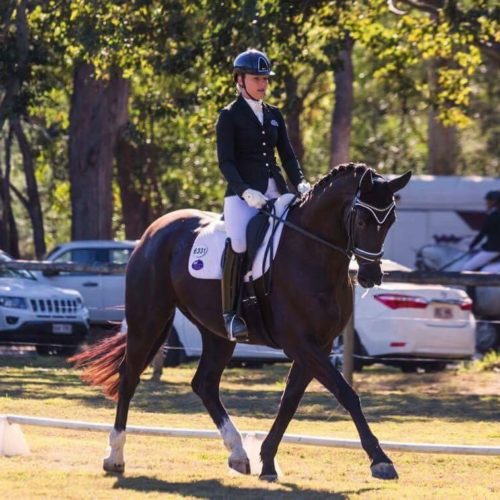